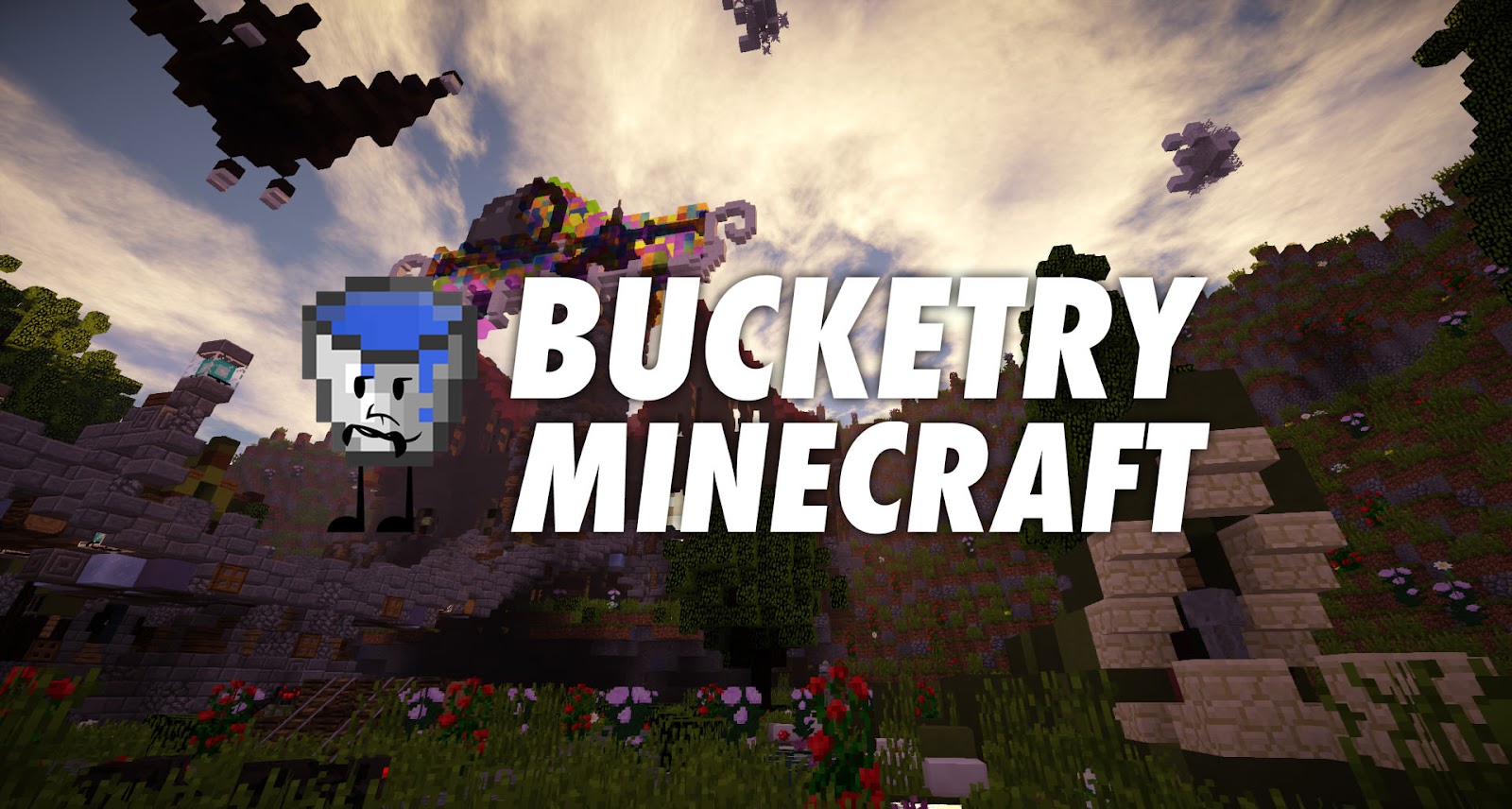 We are a server that focuses on what's enjoyable in Minecraft. While at its core, it is a no-holds-barred PVP server with emphasis on building clans and overpowering your enemy, it also retains what Minecraft should be on the outside, with unique and interesting terrain, massive caves to explore, and a magnitude of monsters to fight. Bucketry Minecraft is not just a PVP server, it's also about survival and creation.

The objective of the server is the concept of players having fun through PvP, acting as either individuals or a combined force through the town system. It is the staff interacting with players, it is kingdoms trying to conquer the land of other kingdoms, it is roaming bandits taking what they want by force. It is a world where the players themselves play the biggest role.

We who run the show are players much like yourself. We've played those servers. We've fought those people. It was all in good fun until the cruel realization came that PvP and creativity could not coexist. At our server, we believe that the core aspect of Minecraft can remain intact while you bash in the face of your enemy. Magnificent skyscrapers and fields bathed in blood, together in sweet harmony.

Only that you obey the rules and respect the staff, everything else is up to you. Want to be a wandering nomad, killing any you come across? Go for it. Interested in being the kingpin of the server, dominating the economy and hiring other players as mercenaries to do your dirty work for you? You're the boss. Maybe you just want to lead the top nation on the server, make the most jaw-dropping town. Make it happen. Of course, perhaps you just want to make the most incredible structures the world of Minecraft has ever seen? If you want it, make it so - be weary of the PvPers out for blood, though. The choice is yours, the only limit is your imagination.